What is Emergency Contraception and How Does it Work? 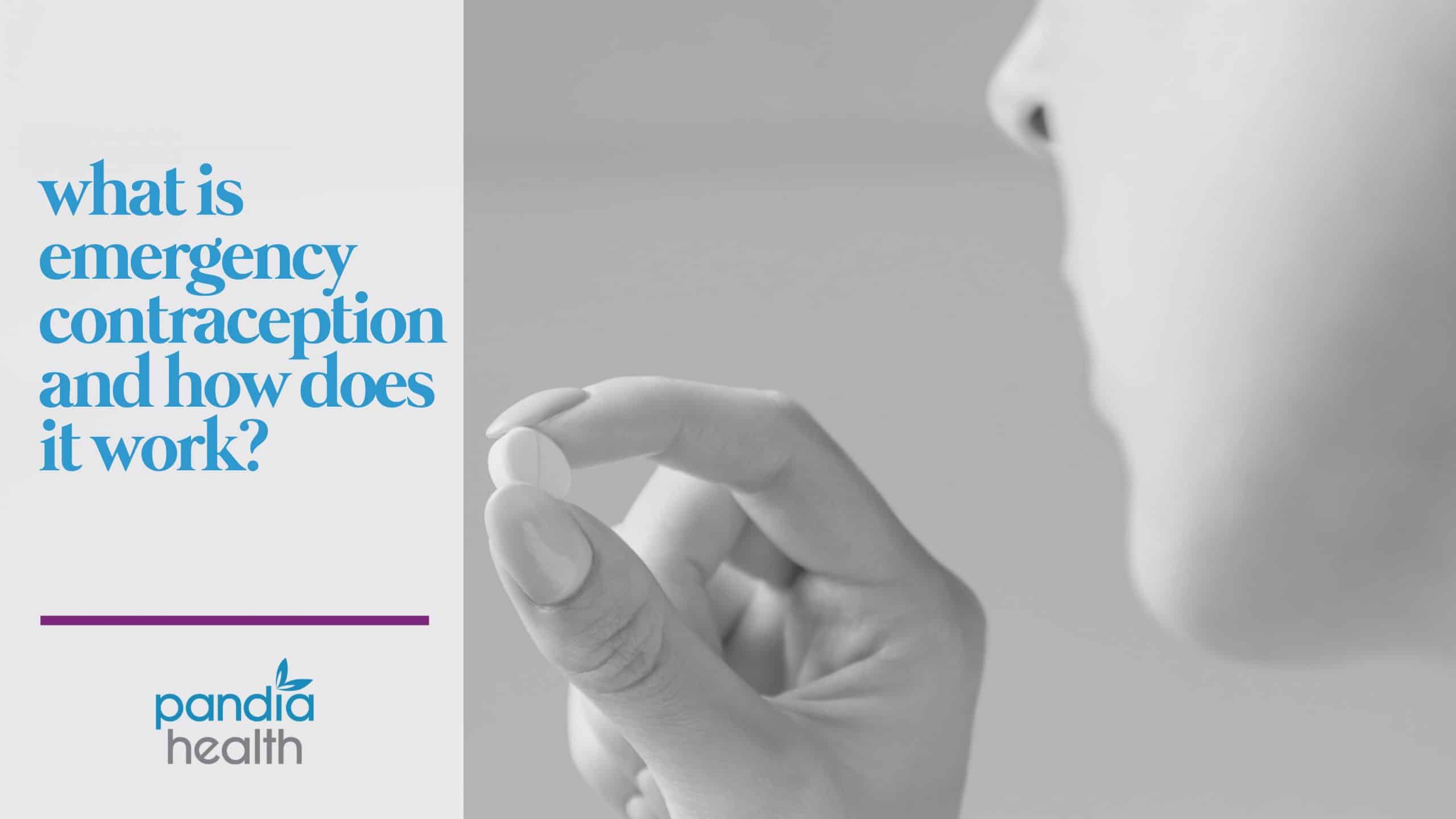 70% of people with uteri between the ages of 15 and 44 are at risk of unintended pregnancy. Because the average childbearing person only has two children in their life, she will have to spend almost 30 years of her life preventing pregnancy.

When you have difficulties taking or accessing birth control (e.g. you miss three days of the birth control pill, patch, or ring in a row, or not getting a Depo-Provera shot on time), emergency contraception (EC) can come to the rescue by preventing an egg from being released and/or fertilized, and implanted in the uterus.

How long out can emergency contraception be used?

The “morning after pill” is a misnomer because it can be used for up to five days after a contraceptive failure or sexual assault. However, it is recommended that you take EC pills ASAP because most methods do not work as well after ovulation occurs (this is when the egg comes out).

When should I use emergency contraception?

What can you do if…

If any of those situations happen, people with uteri still have options to prevent pregnancy. There are four types of EC, and they all prevent ovulation, fertilization, and implantation. Here they are from MOST to LEAST effective:

The copper IUD is 99.99% effective as an EC method. It requires a visit to a doctor’s office or Emergency Room as well as a doctor/nurse practitioner to put it in. The good news is that you can then use the copper IUD for long term contraception for up to 10-12 years after.

But, the two major side effects of the copper IUD as a long term contraception is more bleeding with periods and more painful periods. Also, if your Body Mass Index (BMI) is greater than 35, consider the copper IUD for EC.

#2 Ella® = ulipristal acetate = a Prescription pill that is MORE effective than the over-the-counter pill.

The second most effective EC is ella® or ulipristal acetate. It is more effective at preventing pregnancy at every time point than Plan B® and its generics. Under the Affordable Care Act, it should be available under most insurances for “free” (i.e. no copay, no deductible).

You must get a doctor’s prescription for this one. Hint: All customers of Pandia Health’s telemedicine service are offered a prescription for EC at NO extra charge so you are covered in case of an emergency!

#3 Plan B® and its generics a.k.a. Levonorgestrel, the over-the-counter emergency contraception pill

The third most effective EC is Plan B® and its generics which can be purchased over-the-counter at most pharmacies, drug stores, or health clinics. The person buying does not have to prove their age nor show I.D. to buy levonorgestrel emergency contraceptives over-the-counter. However, if your BMI is 26 or greater, Plan B and its generics are NOT effective. For this reason, ella is the preferred emergency contraception pill.

Lastly, there’s the Yuzpe method. You need to get 100mcg of ethinyl estradiol and 1mg of norgestrel now and again in 12 hours. This has HALF the efficacy of Plan B® and its generics with TWICE the side effects. But, if you are in the middle of nowhere and only have a pack of pills, this is your best bet. You can look up on the internet exactly what pills you have and how many of which color/row you must take to get to the recommended dose.

“All heterosexually active men and anyone with a uterus of any orientation keep emergency contraceptives on-hand in case of an accident or sexual assault for those with uteri. The longer you wait after unprotected sex or a birth control failure, the less likely the pill versions of emergency contraception will work. The copper IUD has the same efficacy throughout the 5 days.”

Is emergency contraception the same as the “abortion pill”?

No. Emergency contraceptive pills mainly work by preventing an egg from being fertilized. If you are pregnant and you take the emergency contraception pills, NOTHING will happen. The abortion pill, also known as RU486 or mifepristone, is a prescription medication that is given to women within the first 10 weeks of pregnancy to induce a miscarriage (a.k.a. abortion) and often requires an ultrasound, too.

How do emergency contraceptive methods work?

Emergency contraceptives are often referred to as “morning-after pills.” However, people with uteri can also have a copper IUD inserted as EC which prevents sperm from fertilizing an egg and forming a zygote.

EC pills work by delaying or blocking ovulation, which is when the egg pops out. Ulipristal acetate, the active ingredient in ella, is a selective progesterone receptor modulator; progesterone is the hormone that maintains pregnancy and ella acts by preventing this hormone from acting.

Over-the-counter emergency contraceptives are most effective if taken within the first 72 hours, or three days, after a birth control failure. All EC pills (prescription and over the counter) CAN work up to five days, but Dr. Yen says, “If the condom pops at 3 a.m., we want EC in the woman’s mouth by 3:10 am. No cuddling, huddling, waiting until ‘the morning after’ because once the egg pops out, the emergency contraceptive won’t work.”

Are there any side effects to using emergency contraceptives?

Emergency contraceptives do NOT cause congenital defects, infertility, or protect against sexually transmitted infections (STIs). EC is also not as effective as birth control used before or during (i.e. condoms) sex. For maximum protection against STIs and unintended pregnancy, couples should use hormonal birth control methods before sex and male or female condoms during sex.

If you’re interested in fully protecting yourself from unintended pregnancy, the expert birth control doctors and Patient Care Advisors at Pandia Health are happy to assist you with your birth control needs. Please contact them today to explore your options for having birth control delivered straight to your door.

Get Started
« how long does it take for acne to go away?
Back to Resources
Breastfeeding and Birth Control »