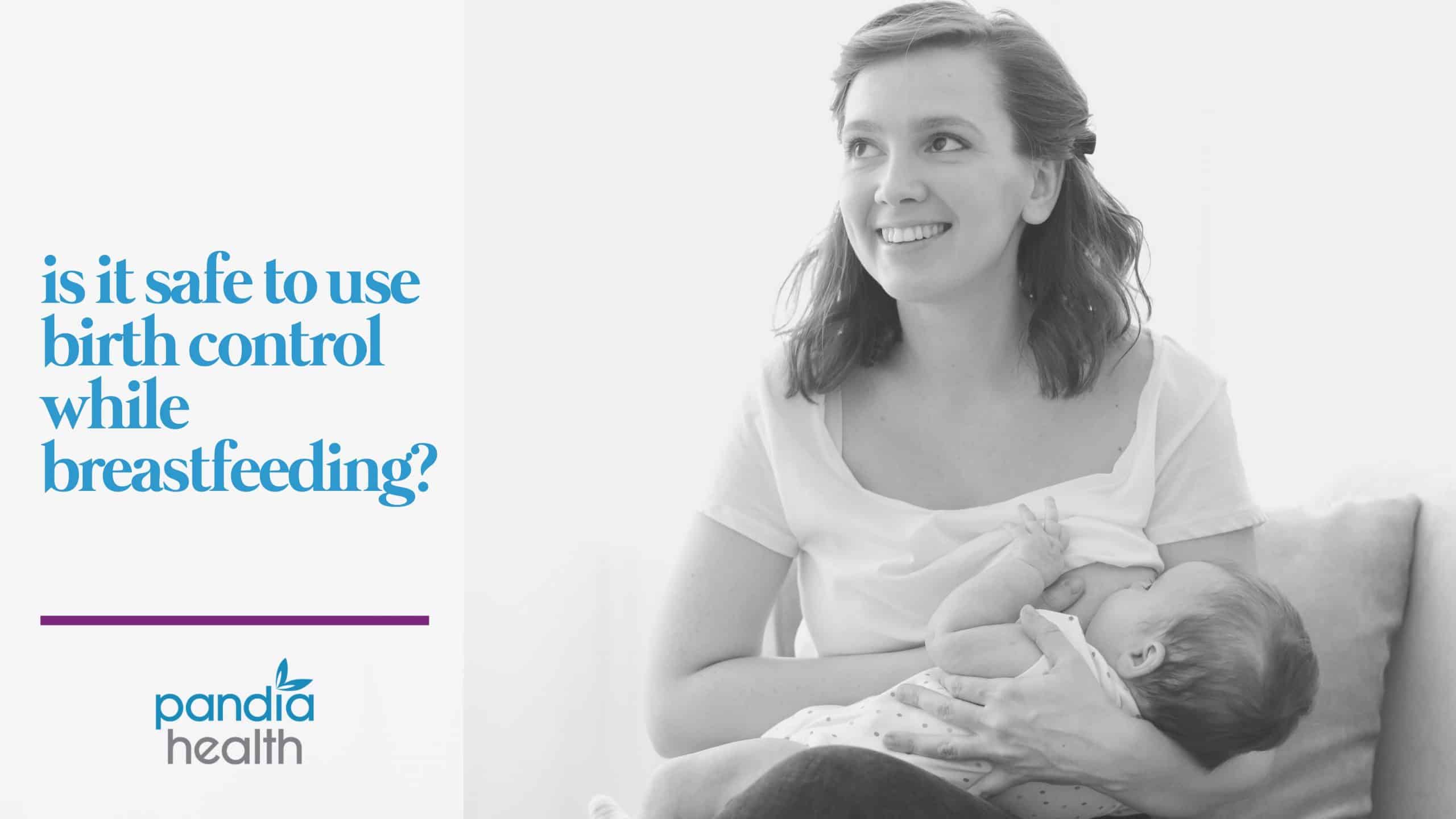 Is it Safe to Use Birth Control While Breastfeeding?

TLDR: Yes, it is safe to use birth control while breastfeeding. However, depending on which method, it may decrease your milk supply.

Getting pregnant soon after giving birth can be incredibly difficult on a woman’s body and emotions. The World Health Organization recommends at least 24 months before becoming pregnant again. In most cases, it is not safe to resume sexual activity until 6 weeks after giving birth, because if it was a vaginal delivery, the woman might still be recovering from vaginal tears. However, it’s still possible for a woman to become pregnant six weeks after having a baby and while she is still nursing an infant. For couples who are sexually active, it’s a good idea to start thinking about hormonal birth control options to prevent pregnancy in the postpartum period. But is it safe to use hormonal birth control while breastfeeding? Yes., it is safe. Will it affect the breastfeeding volume? It depends on the type of birth control a woman is using. Will hormonal birth control harm the baby? No it won’t.

Can’t breastfeeding itself be used as a form of birth control?

Breastfeeding as a form of birth control is one of the oldest contraceptive methods in existence. It can work, but it not the most effective method at preventing pregnancy, and it must be done a certain way.

For women who have recently given birth and are nursing, breastfeeding is one of the most fatiguing and stressful periods of motherhood. It can be challenging to keep track of birth control methods that require significant human intervention. Breastfeeding as birth control can only work if a woman is able to breastfeed her infant exclusively. Even then, it will only work for up to six months. It’s also impossible to know precisely when the method will stop working, which puts a mother at risk of becoming pregnant again.

When women exclusively breastfeed their infant, the hormones that are used to produce milk can suppress ovulation. Exclusive breastfeeding means a woman is nursing her infant at least every four hours per day, and at least every six hours at night, and the baby is only drinking breast milk and not formula. Exclusive breastfeeding and not supplementing with formula is the should prevent ovulation, and therefore, pregnancy. Breastfeeding as a form of birth control is also referred to as the lactational amenorrhea method or LAM.

How effective is LAM as a form of birth control?

With absolute, perfect use, LAM is 98% effective. However, with perfect use, LAM only works for up to six months. By six months, babies are starting to eat solid foods and need less breast milk to thrive. It’s also critical to understand that LAM only works if women exclusively breastfeed. Introducing formula will lower the effectiveness rate. Using a breast pump also reduces the effectiveness rate.

3 criteria can be used to predict the return of your fertility.

For many women, exclusive breastfeeding can be difficult, painful, or impractical for your lifestyle, or you and your baby’s needs. It’s also not possible for women to know when exactly they will start to ovulate again after giving birth and breastfeeding. Having unprotected sex during this period puts you at high-risk of becoming pregnant while you are still caring for an infant.

Will birth control pills or other contraceptives interfere with breastfeeding?

Breastfeeding is incredibly beneficial for both mothers and their infants. Women may be wary of trying a hormonal birth control method while breastfeeding, but there are effective birth control options that do not interfere with the production or integrity of breast milk.

Barrier methods such as male and female condoms are safe to use while breastfeeding since they do not introduce hormones into the body which can interfere with milk supply. Barrier methods are also one of the only ways to prevent the spread of Sexually Transmitted Infections.

Copper IUDs are also safe for nursing mothers. These devices are 99% effective for preventing pregnancy, and they do not introduce hormones into the body. The copper in the IUD makes the uterus inhospitable to sperm and does not interfere with ovulation. However, the first six months after a copper IUD is inserted can cause cramping, breakthrough bleeding, and heavier than normal periods while the body adjusts to the IUD.

It’s critical to be aware that for the first 3 weeks after giving birth, it is not safe to use any birth control methods with estrogen because of the risk of blood clots. It’s ok to use progestin-only methods. The body is trying to readjust to its pre-pregnancy state. However, it’s also not safe to have sexual intercourse during this time, either. The arteries and veins in the uterus that have helped to feed, nurture, and grow the developing infant start to shrink and close up during the first few weeks of the postpartum period. Inserting anything into the vagina can cause a severe, life-threatening infection. Having sex or even using tampons isn’t safe until postpartum bleeding completely stops, which for most women won’t happen until about 4 to 6 weeks postpartum.

Cervical caps and diaphragms are also safe to use while breastfeeding. However, after birth, a woman will need to be re-fitted for these devices.

For busy mothers, low maintenance birth control methods are often the best choice for preventing pregnancy. It can be challenging to remember when to take a birth control pill or it can be almost impossible to get to a doctor’s office as the mother of a nursing infant for a birth control shot. For many nursing moms, hands-off birth control can be a godsend. As always, it’s important to explore birth control options that are going to work for a particular woman’s lifestyle, her body, and her nursing infant’s needs.

Get Started
« What is Emergency Contraception and How Does it Work?
Back to Resources
Natural Family Planning »