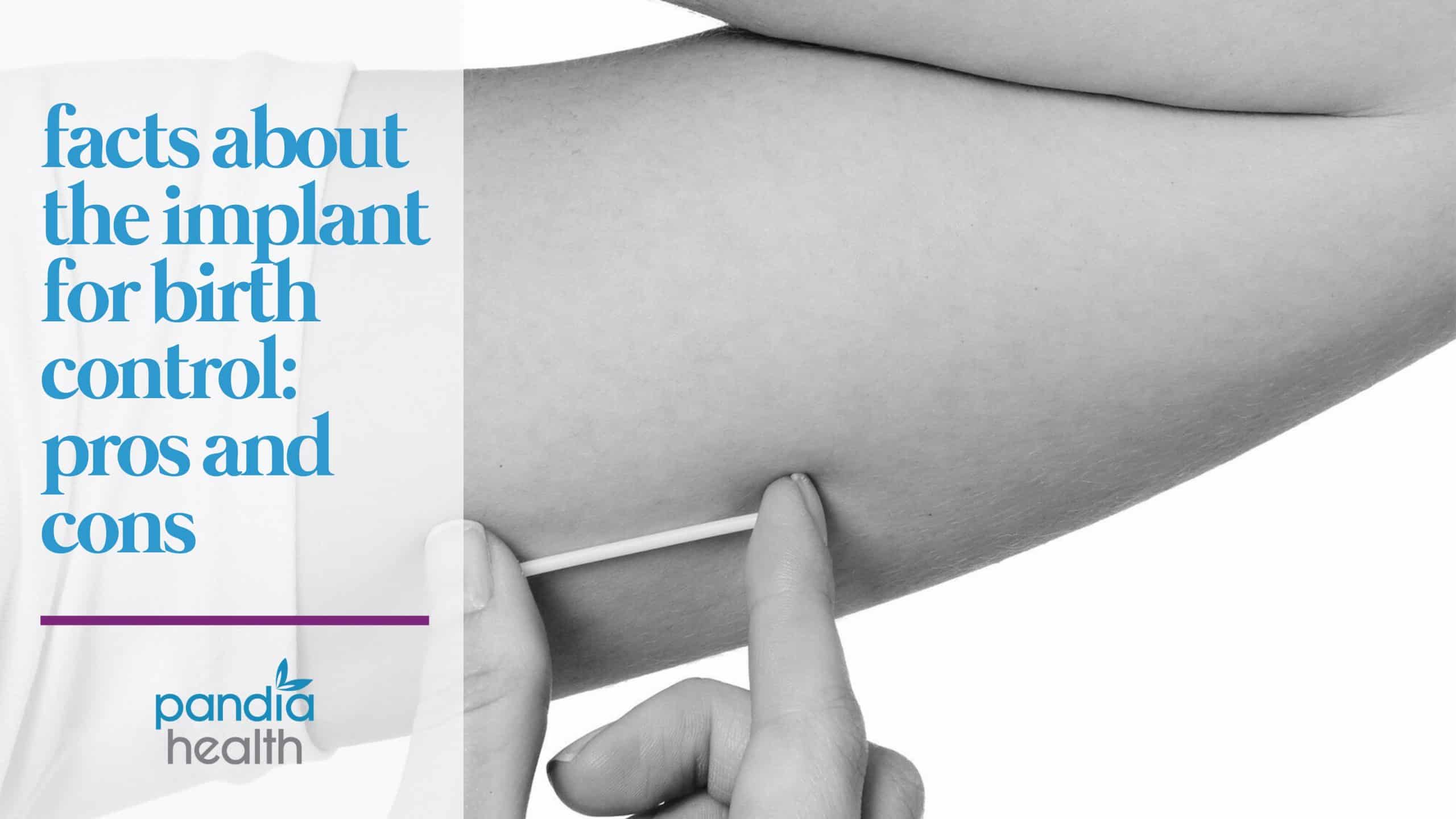 What is the Birth Control Implant?

You may have heard of the birth control pill, patch, ring, or even shot. But did you know that many people use a birth control implant? Contraceptive implants have been used by people with uteri for decades — in fact, they’ve been on the market since the mid-1960s.

Contraceptive implants are discreet, offer long-lasting protection against unintended pregnancy, and are very effective. While the birth control pill is the most popular method of hormonal birth control, about 2% of women of reproductive age currently rely on the implant to prevent pregnancy in the United States.

That might seem like a small number, but that translates to almost a million women! So, how does the contraceptive implant work, and what are the pros and cons of using it? The following article will discuss the contraceptive implant (nexplanon) in all its detail. We will also explain who can most benefit from using this method of birth control, so you can better understand the many options that are available to you.

How Does the Implant Work?

The contraceptive implant is about the size of a matchstick and is very thin, similar to a toothpick (2mm diameter) and 1.6 inches (4cm) long. It is placed just below the surface of the skin in the upper arm. For the first three to five years after it is implanted, the implant will release a constant dose of synthetic progestin hormones into the bloodstream.

Progestin prevents the ovaries from releasing eggs and thickens cervical mucus, making it harder for sperm to travel to the womb to fertilize an egg. The implant does not contain estrogen so it carries very little risk of blood clotting. In the U.S., Nexplanon is the only type of implant that is available.

How is the Implant Placed?

For someone who wishes to use a hormonal implant to prevent pregnancy, she must not be pregnant when the implant is inserted. A medical provider will apply a local anesthetic to the inside of the upper arm and insert the implant under the skin with a special needle.

Once it is placed, it doesn’t require any maintenance or need to be replaced for at least three years; some hormonal implants can last up to five years. Because the skin is numbed, you should not feel pain from the placement of the implant although the needle stick for the injection of the anesthetic might cause slight pain.

How is the Implant Removed?

A doctor or other trained provider will apply a local anesthetic to the area where the implant was placed. After making a small incision near the implant, they will pull it out from under the skin. Once the implant is removed, the contraceptive effects will quickly wear off within 1-3 days. Note that it is possible for a woman to get pregnant as soon as the implant is removed.

What are the Risks Associated with the Implant?

Although rare, implants can get infected, and sometimes the skin will scar from the injection. It’s important that women have access to an informed team of healthcare providers and are aware of the signs of infection or other side effects to discuss with their doctor:

Implants can break while under the skin or fall out on their own but this does not happen often. If an implant breaks, it will need to be surgically removed; if an implant falls out, a woman should use a backup birth control method, such as condoms, until she has a new implant inserted.

For pregnancies that occur while using an implant, there is a slightly higher risk than normal that the pregnancy will become ectopic. An ectopic pregnancy is one in which the fertilized egg implants into the fallopian tube instead of the uterus; as the egg grows, it threatens the structure of the fallopian tube. If the egg isn’t removed, the fallopian tube can rupture — this is a life-threatening situation.

Who Should NOT Use the Implant?

Can the Implant Alleviate certain Health Issues or Hormonal Imbalances?

The implant can decrease the severity and frequency of menstrual cramps because it makes the lining of the uterus thin, meaning there’s less lining and blood. Plus, one in three women who use the birth control implant will stop getting a period within one year of having the implant inserted.

The other 70% of users with uteri may find that their periods are much lighter than before they got the implant. However, in contrast to birth control pills, the implant cannot be used to regulate periods. It can cause no periods, regular periods, or extra spotting. One study reported that 78% of implant users experienced some form of irregular bleeding over a 3-month period.

These bleeding irregularities do not normalize over time but can remain random and unpredictable throughout the three years of use. That being said, the bleeding is not heavy and the median number of bleeding-spotting days is slightly lower than women experiencing natural menstrual cycles. A favorable bleeding pattern within the first three months of use may predict a continued favorable pattern during the remainder of use.

Who Should Use the Birth Control Implant?

Those with uteri who have no history of breast cancer or blood clots can use the birth control implant. Implants are incredibly effective at preventing unwanted pregnancy and can alleviate #PeriodProblems. Depending on which type of implant a person gets, she can receive continuous contraceptive protection for three to five years.

Those with uteri who want to protect themselves against pregnancy for the long term can benefit from the implant. The implant can be a great choice for athletes, working professionals, travelers, or members of the military because it doesn’t need to be maintained and it generally makes periods lighter or less frequent. What’s more, it’s discreet because it is hidden in your arm!

The pill, one of the most popular hormonal birth control methods, is only 91% effective while the implant is up to 99% effective if inserted correctly. Because the pill needs to be taken every day at the same time to get the most protection, it can be less effective if it is not taken consistently or on time.

Drinking alcohol or becoming sick can interfere with the effectiveness of the pill. In contrast, once an implant is inserted, the person does not have to do anything else to get the benefits of the implant for many years. It’s an incredibly convenient form of effective birth control.

Birth control doesn’t just protect against unwanted pregnancy. It offers an array of other health benefits as well such as regulating periods, reducing acne, and treating symptoms of polycystic ovary syndrome. Those who use a longterm form of birth control such as the implant can also lower their risk of uterine cancers.

Get Started with Pandia Health

If you’re interested in beginning your birth control journey but are unsure if you’re ready for the implant, Pandia Health has got you covered. Check out Pandia Health’s FREE delivery service for the birth control pill, patch, or ring. Order up to a year’s supply of your desired prescription sent directly to your mailbox with automatic renewals to get that #PandiaPeaceOfMind.

If you live in AZ, CA, CO, FL, GA, IL, MI, NV, TX, TN, PA, WA, or WY you can schedule an online consultation, and one of our expert doctors will write you a new prescription. For those who have an existing prescription, we can transfer it into our system so you can #SkipTheTrip to the pharmacy.

Disclaimer: The above information is for general informational purposes only and is NOT a substitute for professional medical advice. Always seek the advice of your doctor/primary care provider before starting or changing treatment

Get Started
« Other Resources
Back to Resources
Myths About Periods »