The Most Common Myths About Periods from Around the World 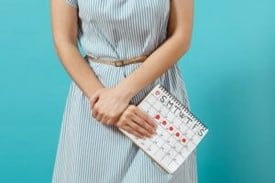 Menstruation is an integral part of any person with a uterus’ experience. Without it, pregnancies, births, and the continuation of the human species would all be done for. However, amidst all the amazing truths surrounding periods, there are also quite a few myths.

Most period myths are based on superstition and are not only incorrect, but also perpetuate gender-based discrimination and behavioral restrictions for women. These myths make it more difficult for individuals to talk about their periods or know whether their menstrual cycle is normal and healthy. In some cases, myths may even cause feelings of confusion and shame.

Breaking down the most common myths about periods can help normalize a part of life that cannot be avoided. So let’s get to it!

This is an incredibly damaging myth that still rings true to the ears of many in the U.S. and the UK. It causes individuals to be wary of using tampons by creating the belief that they will break the hymen, a fleshy piece of tissue that is around the vaginal opening.

While it’s true that tampons can break the hymen when inserted, this does not mean that the person is no longer a virgin. Losing your virginity isn’t dependent on the disruption of a piece of tissue, but rather becoming sexually active. With that being said, the definition is complicated and may vary for different individuals. However, one thing can be certain—using a tampon is not equivalent to losing your virginity.

2. Every woman gets PMS, and it always manifests as irritability and crankiness.

About one in four women experience PMS, with some having only minor symptoms. Additionally, about 5% of women of childbearing age will experience a PMDD, a severe form of PMS that is characterized by sudden and extreme mood swings. While many women notice physical symptoms (i.e. fatigue, bloating, and breast tenderness) in the week leading up to their period, mood changes are less common.

3. You can’t get pregnant if you have sex during your period.

While it’s unlikely for an individual to get pregnant if they have unprotected sex during her period, it’s not impossible. The bottom line is that pregnancy is always a very real possibility with unprotected sex, no matter the time of the month. More specifically, it is possible for the fertility window (a.k.a the days when pregnancy is possible) to overlap with a period.

New research in reproductive health and fertility suggests that sperm can live in the uterus for up to ten days after intercourse. For those with shorter menstrual cycles, having unprotected sex at the end of their period could lead to pregnancy. Even individuals with regular cycles are at risk, as fertility windows can vary from cycle to cycle.

Sexual partners should assume that no day is safe to have unprotected sex unless the woman is using a hormonal contraceptive such as the pill, ring, or IUD. However, it’s important to note the distinction between reducing the risk of pregnancy and preventing the spread of Sexually Transmitted Infections (STIs). Even if you take hormonal birth control, it’s necessary to use an additional form of contraception, such as condoms to avoid STIs.

4. Having sex during your period is unhealthy.

While individuals may feel uncomfortable having sex during their period, it’s not unhealthy. In fact, period sex has numerous benfits including increased lubrication, decreased intensity of cramps, and improved mood. The main downside is that it’s much messier than regular sex due to the addition of menstrual blood.

5. Exercising during your period can damage the uterus.

This belief stems from the idea that exercising during menstruation can damage the uterus or cause infertility with the increased movement. However, this is not true—unless you’re sick or injured, exercise can have a plethora of benefits. In terms of improving period symptoms, physical activity can relieve cramps, boost mood, and reduce fatigue. The exercise does not need to be lengthy or vigorous, but rather a type of movement that makes you feel good.

6. It’s not safe to swim during your period.

It’s possible that this myth started before feminine hygiene products were invented or became popular to use. Thankfully, swimming and taking baths during your period does not increase your risk of infection. Additionally, period blood does not contaminate pool or bath water, as it does not contain bacteria like pee or poop. However, to simply prevent a mess, apply a tampon or menstrual cup prior to getting in the water.

You can also avoid having to worry about your period altogether by taking hormonal birth control continuously. It is safe and healthy to take the pill or use the ring without breaks in order to skip your period! This will allow you to swim all summer long.

7. It’s not safe to go without a period for a long time.

While it’s necessary for people with uteri to initially get a period (this serves as indication that their reproductive system is operating properly), monthly cycles are not necessary for those who take birth control. The reason why the first birth control pills came in 28-day packs with a one-week allotment for a period was that of religious and institutional interference (a.k.a the founder believed that women should menstruate each month to avoid backlash from the Church).

To stop your period using birth control, simply skip the row of placebo pills and move right to your next pack (if you’re on the pill) or keep the ring in for three weeks and immediately replace it with a new one (if you use NuvaRing). Suppressing periods can help decrease the risk of developing multiple health issues including endometriosis, ovarian cysts, and ovarian and endometrial cancers.

8. Your period should last exactly one week each month.

Although the average cycle is 28 days, it can range from 21 days to 35 days. The actual period occurs during the 15th to the 28th day in the luteal phase when estrogen and progesterone levels drop due to the lack of impregnation, and this prompts a shedding of the uterine lining. As you age, your cycle may change, which can cause the length of your period to vary.

A “period” (a.k.a the days when you are bleeding) may last anywhere from three to seven days. That being said, if you notice that your period typically lasts longer than eight days and feels abnormally heavy, consult a doctor, as you may have another health condition (i.e. bleeding disorders, polyps, etc.). On the other hand, not getting a period for more than 90 days—unless you’re purposely skipping it with birth control—may also be indicative of health complications (i.e. low body fat, excessive stress, etc.).

9. Only women of a certain age get periods.

Most people with uteri start their period around the age of 12, but some may get it sooner or a few years later. Once you get your period for the first time, you’re likely on the hook until menopause, which typically happens between the ages of 45 and 58. With that being said, each person with a uterus may have a different experience in terms of when they begin their period and when they start menopause.

It’s also important to note that not every person who gets a period identifies as a woman. Transgender men may bleed each month, while transgender women may not. Furthermore, menstruation goes beyond gender.

This myth originates in the Old Testament, which states that a woman is “unclean” while she has her period. This belief further implies that having sex during your period should not be permitted.

Contrary to popular belief, period blood is not dirty. It’s simply a combination of blood, uterine tissue, mucus lining, and bacteria that flows from the uterus through the cervix and out of the body via the vagina. That being said, it is nothing to be afraid of!

With all the myths about periods circulating the internet, it can be difficult to distinguish fact from fiction. Thankfully, Pandia Health is here to help clear up the confusion. As a women-led, doctor-led birth control delivery company, we provide expertise on reproductive health topics from having both studied them extensively and lived them!

In order to make the most of our services, check out our blog, follow our social media, and sign up to get your birth control delivered right to your mailbox. With Pandia Health, you can feel confident that you’ll be in good hands when it comes to your birth control needs.

Is it safe to have sex during you period?

While having sex during your period may be a bit messy, it is totally safe and can even be beneficial! Just make sure to use condoms to prevent the spread of STIs between you and your partner.

Can you get in the pool while on your period?

Yes! It’s a good idea to wear a tampon or menstrual cup, though, as your period does not stop when you’re under water. However, if you do get some blood in the water, it is totally okay and does not cause a spread of bacteria the same way as pee or poop.

Tampons generally don’t break the hymen, but they can cause it to stretch or tear. If you insert them correctly, you likely won’t experience any pain or discomfort.

Does taking a bath stop your period?

While the water pressure may cause you to feel like your period has stopped, it’s still happening when you’re underwater. If you have a heavier flow or simply don’t want to risk bleeding in the water, use a tampon or menstrual cup.

Disclaimer: The views expressed in this article intend to inform and induce conversation. They are the author’s views and do not necessarily represent the views of Pandia Health. This article is not a substitute for professional medical advice, diagnosis, or treatment and should never be relied upon for specific medical advice.