Can I get Pregnant on my Period? 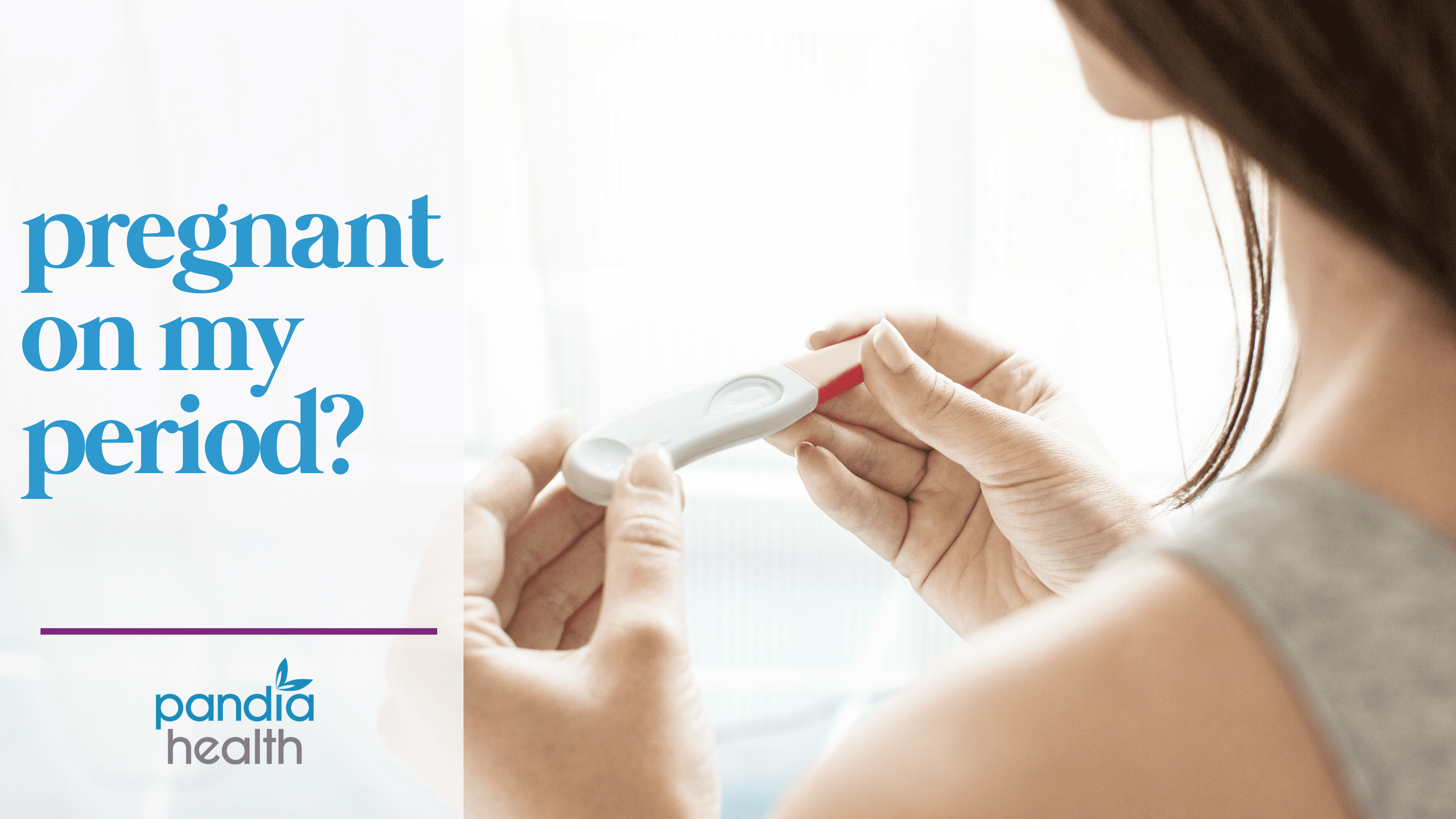 For those not trying to get pregnant, a period can be a nuisance or a bearer of great news (“you’re not pregnant!”) at most. But don’t go running to have unprotected sex now that it’s here. You can still get pregnant while on your period, even if your chances are very very low.

If you’re tired of getting your period, you can skip it safely! Checkout Pandia Health’s #PeriodsOptional page to learn more.

A period marks the beginning of a new menstrual cycle, and based on the 28-day average cycle model, you should ovulate about 14 days after the start of your period. Ovulation occurs when your ovary pops out an egg.

Some people use the fertility awareness method (FAM) (similar to the Catholics’ rhythm method) as their only form of birth control or to get pregnant, which takes into account factors indicative of ovulation like checking your temperature every morning and looking at your cervical mucus every day. However, FAM is among the least effective forms of birth control with a 24% chance of getting pregnant.

All this uncertainty can make it hard to determine exactly when you’re in the clear from getting pregnant. A period is the breakdown of the endometrium (the lining of your uterus which grows thick and rich with blood to support a fertilized egg) so your chances of becoming pregnant decrease right then and there. There won’t be anything for the fertilized egg to stick to as the sloughing off of this tissue will take with it the egg that was released during that cycle.

However, if you’re having unprotected sex on the last days of your period, you’re actually at a greater risk of pregnancy. Sperm can live up to 5 days in the person with a uterus’ reproductive tract and if you’re having heterosexual penetrative sex on the 7th day of your period, you’re getting close to your fertile window. The sperm can live until day 13 which is right in the fertile window of the 28-day cycle.

So, if you are at the beginning of your period, then you are most likely 14 days away from when your egg will be popping out. But, sometimes you think it’s your period and It’s actually just spotting or breakthrough bleeding. Also, if you are bleeding and the egg and sperm hook up, it is unlikely the egg will find somewhere to implant and grow into a full embryo.

Sex while on your period can be a messy function. However, if you and your partner are comfortable and ready to get to it, we want you to know that all that blood (which might be good for lubrication) cannot 100% protect you from getting pregnant.

Our CEO and Co-Founder, Dr. Sophia Yen, says “Always use a condom plus a hormonal contraception or the copper IUD if you really want to have a very low chance of pregnancy. Better safe than sorry. At least use a condom to avoid diseases and to avoid having to drip semen for 24 hours after sex.”

While a period is usually a sign of not being pregnant, you could be mistaking other forms of bleeding for your period (which means you might actually be pregnant). Implantation bleeding is a type of bleeding that occurs 1-2 weeks after fertilization (when an egg and sperm hook up) which happens to many people. That means it could line up with when you would usually have your period.

The bleeding is caused by the embryo sticking itself to the uterus and merging with blood vessels in the endometrium which might cause some bleeding. If you’re having a lighter or different color period than normal, this could be implantation bleeding. (It could also be just a weird month). Or, if you have other pregnancy symptoms, it could be a sign of pregnancy. There’s no better way to know until you take a pregnancy test.

Your chances of getting pregnant while on your period are very very low.

If you’re running low on birth control and don’t want to go to the pharmacy because of COVID-19 or you simply have #BetterThingsToDo, make sure to sign up to get automatic refills and FREE delivery with Pandia Health for your birth control pills. Sign up today!

This article is not, nor is it intended to be, a substitute for professional medical advice, diagnosis or treatment, and should never be relied upon for specific medical advice. Please consult YOUR doctor/provider before changing, stopping, or starting any medications.