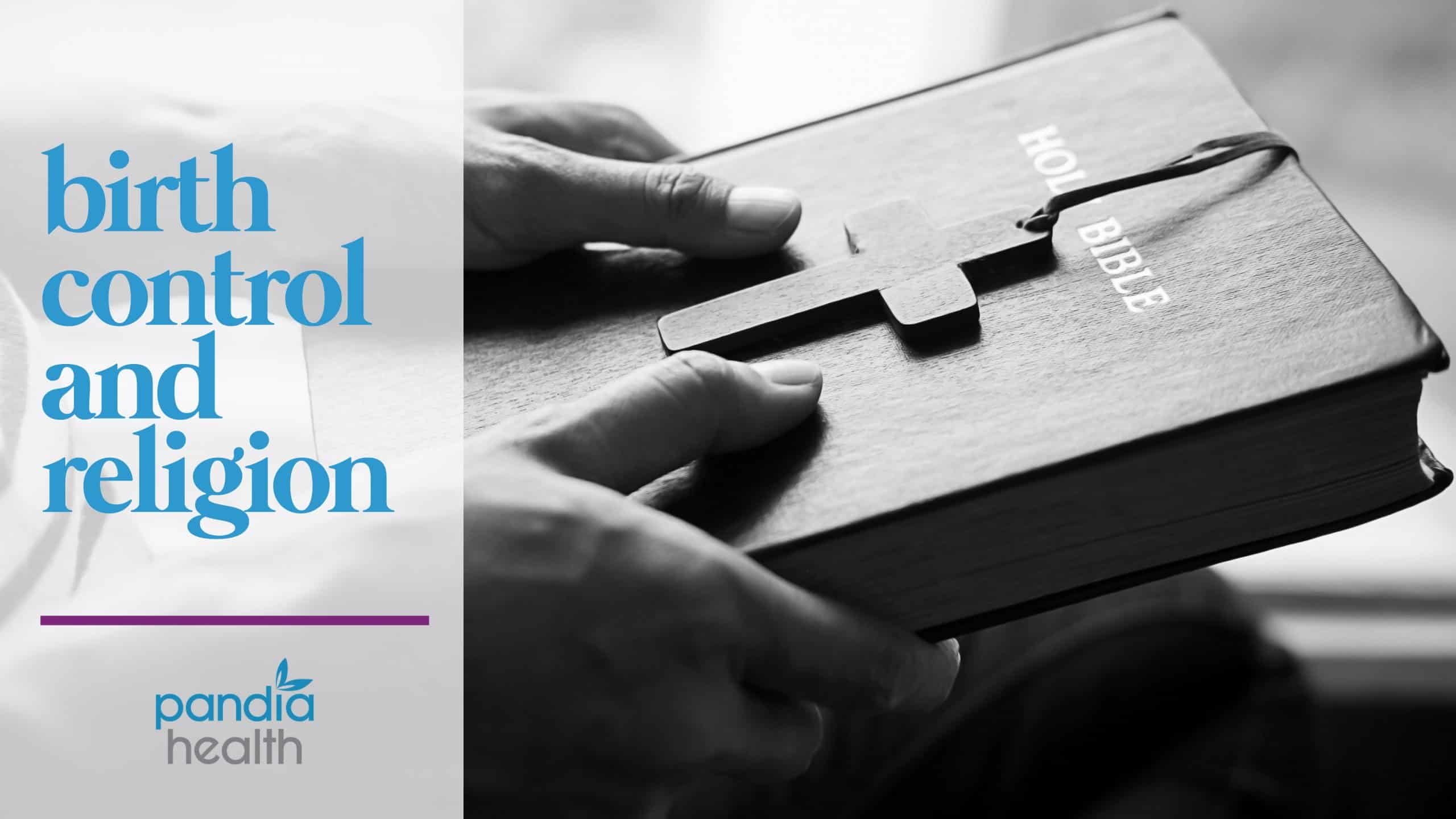 Since the dawn of civilization, human beings have been trying to control their fertility through various means. In ancient Greece and Rome, women drank juices made from the Silphium plant to prevent pregnancy. Scholars speculate that the use of the plant may have contributed to Rome’s low birth rate, and the plant was so popular that it went extinct.

Fortunately, women in the modern era have access to safe, highly effective, andaffordable contraceptives that are in no danger of going extinct. Birth control has been around since the 1960s, and although it’s used by more than62% of women of reproductive age worldwide, it is met with much controversy.

Religion is at the heart of the debates centered around contraceptive use. To muddy the waters even more, beliefs among adherents of different religions can vary in each branch within the same faith. The following content will explore how the world’s major faiths view birth control and contraceptive use. 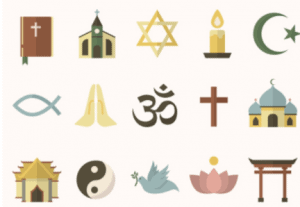 What are the world’s major religions?

According to some estimates, there are more than 4000 different religions and faiths in the entire world. But, the four largest religions are Christianity, Islam, Catholicism, and Judaism.

Within the four major religions, there are numerous sects and denominations, each practicing their own set of beliefs. These religions are all monotheistic, meaning they believe in one singular god or deity. While each religion may have an official stance on birth control or contraceptive use, individual followers may have different views and practices that are outside of the official doctrine.

To help understand religious views of birth control, we need to be aware of their overall concept related to children. Each religion places focus on the family. And while views on various forms of contraception change based on the religion, one idea most religions share is: children and their lives are a gift from God. Therefore, there is a common perception that the act of sexual intercourse is mostly for procreation. Some religions even require it as a moral obligation.

Anglicanism and Protestantism are the two most prominent Christian denominations in the U.S. The Anglicans were the first to officially issue a statement in favor of contraception at the Lambeth Conference in 1930.

The official stance of both faiths is that birth control is permissible because it is not expressly forbidden within scripture. However, these denominations preach that it is critical for followers to use birth control within a mindset that is biblically aligned.

Scripture states that children are a gift from the Lord, and that using birth control as a follower of Christ while having an attitude that is opposed to what scripture states is wrong. However, more lenient positions on contraceptive use within the Christian church are relatively new developments. Before the 1930s, all Christian denominations adhered to the Catholic Church’s official stance on birth control.

Today, the Catholic Church is the only Christian denomination that adheres to a historical standard on birth control/contraception, which is that any form of contraceptive use is against their religion. This includes any form of artificial contraception such as:

On July, 25, 1968, the Vatican released an encyclical by Pope Paul VI entitled Humanae Vitae (“Of Human Life”), which included an outline of the Catholic view on birth control. The Catholic Church officially believes that birth control is a violation of natural law, and that sexual intercourse is for the purpose of procreation. Any pleasure derived from sexual intercourse is a by-product of procreation and is intended to strengthen the loving bond between husband and wife – it is further believed that these bonds create the ideal environment for raising children.

Although Pope Paul VI in the Humanae Vitae encyclical condemns birth control, there is no objection to natural family planning. For married couples, natural family planning (a.k.a the rhythm method) calls for engaging in intercourse with the woman’s reproductive cycle in mind. Put more simply – don’t have sex on days when the woman is ovulating.

The Quran does not prohibit birth control. Furthermore, it is important to note that Islam’s view of birth control is focused within the context of marriage and family, as both of these components play a large role in the religion. While procreation is part of marriage, Islam contends that this is not the only reason for sexual intercourse. But when a couple does decide to procreate, it should be when they are ready for children. This being said, contraception allows for a Muslim family to have children when they want and are prepared.

In addition, all forms of contraception are permissible if both parties consent to its use. While this official stance may seem very liberal, it’s critical to understand that in Islam, if the husband does not consent to the wife’s use of birth control, she is not permitted to use it.

One interesting method of birth control implicitly recommended in the Quran is breast-feeding. More specifically, the Quran only says to breast-feed children for two years. It has been proven that, during the time of breast-feeding, the woman is provided with a measure of contraceptive protection. This is because your body stops ovulating when you are exclusively breast-feeding (every ~4 hours/day and every ~6 hours/night), and you cannot get pregnant if you are not ovulating.

There are two major Jewish principles that come into play when talking about birth control:

Thus, the majority of rabbinic authorities believe and teach their followers that women may use contraception, but only certain forms of it. In Judaism, contraceptive methods must enable sexual intercourse to occur and happen without a barrier naturally. This way, there is no “seed wasted”. Furthermore, birth control pills and other forms of hormonal birth control are generally permitted. On the other hand, contraception via items such as condoms is not accepted. More liberal branches of Judaism allow all types of birth control – 90% of all surveyed practicing Jewish women use a contraceptive method.

Judaism, Catholicism, and Islam provide a loophole for the use of birth control: to support the mother’s health. But this is the only exception. Family planning and the use of contraceptives for any other reason (i.e. to save money) is looked down upon.

Why is birth control important?

Although birth control has been in existence for thousands of years, it is still the center of much debate. As the U.S. attempts to change their healthcare system, these debates will continue. As long as healthcare coverage remains tied to a person’s employer, women of reproductive age who work for a religious entity may find themselves unwittingly drawn into the controversies surrounding the pill and other forms of contraceptive.

Fortunately, there are many types of effective and affordable birth control that women can obtain without the input of a religiously-affiliated employer. Are you curious about which type of birth control can work for you? The expert doctors at Pandia Health are standing by to answer any questions you may have about contraceptive use. Sign up today and have birth control delivered straight to your door.

Should Christians use birth control?

The permissibility of taking birth control varies with the denomination. Anglicanism and Protestantism are the two larger denominations that are indifferent about the use of birth control. However, it should be noted that the decision to use birth control is completely up to the individual. Nonetheless, if they so please, individuals should consult their local, trusted religious leader/s about this issue.

Is birth control a sin?

This depends on the religion and group within the religion. Most progressive, liberal sides of many major religions do not believe birth control to be a sin. But the more conservative side may believe the opposite. There are also varying views on the different types of contraception in conversation. To get a better understanding of whether your religion in particular thinks birth control is a sin, consult your local, trusted religious leader/s.

Do Mormons believe in birth control?

The Mormon view of birth control only exists within the realm of marriage, as pre-marital sex and sex outside of marriage is not approved. With that being said, birth control is not banned from the Church. But it is not encouraged either. The religion would prefer that couples have children - In the case that birth control must be used, it should be a decision made by husband, wife, and God (after prayer).