Understanding Uterine Fibroids and How Birth Control Can Treat Them 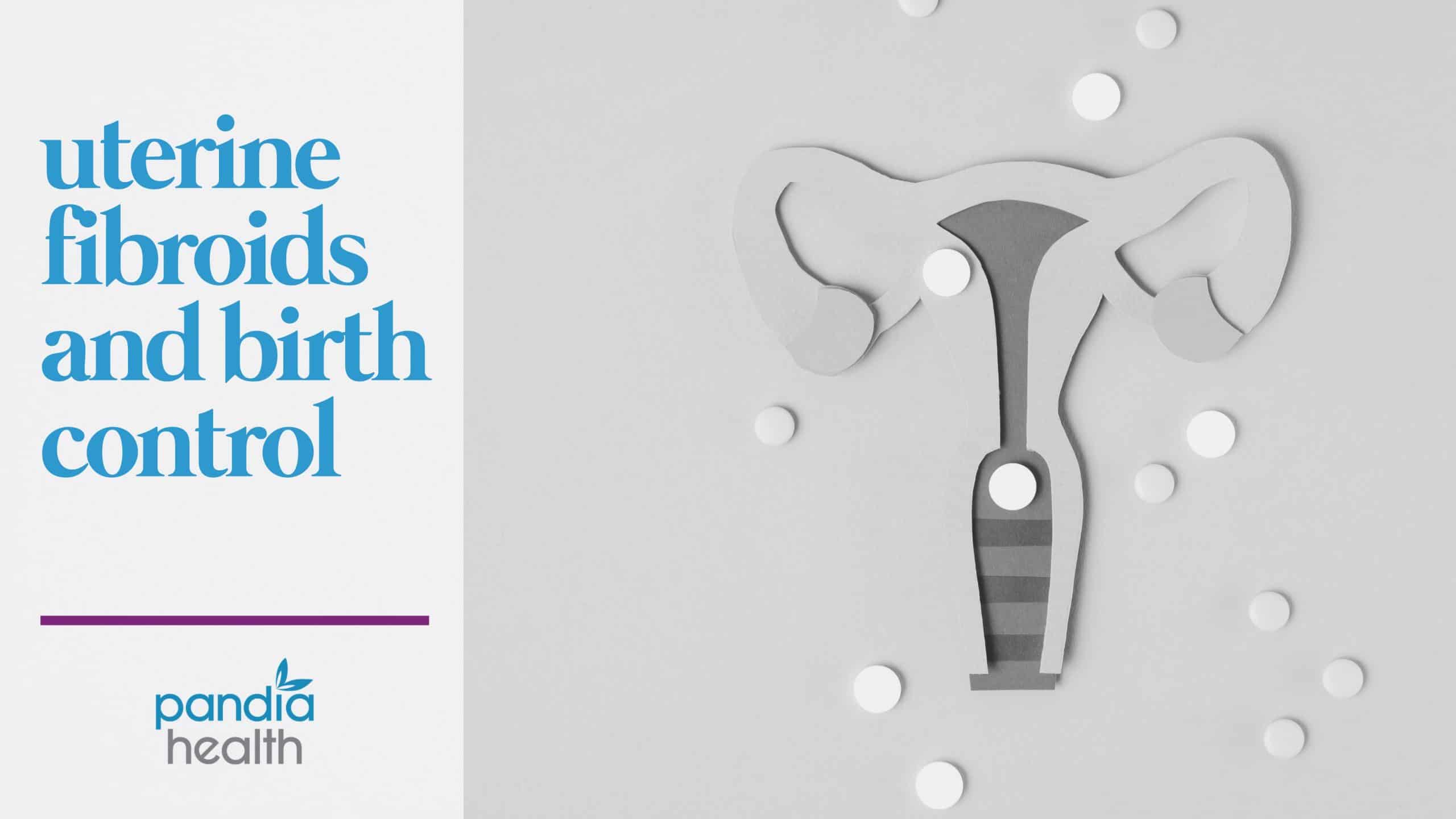 Uterine fibroids, also known as leiomyomas, are benign growths that form on or inside the uterine walls. Fibroids in the vast majority of cases are non-cancerous and usually do not cause any symptoms. In fact, it’s estimated that up to 80% of women fifty years old and older have uterine fibroids, and the growths don’t cause them any significant discomfort or other issues. Although fibroids are incredibly common, most women do not even know they have one. But in some cases, fibroids can cause pain and other complications if they aren’t treated.  Fortunately, there are many non-invasive techniques for dealing with fibroids, including using hormonal birth control products to alleviate symptoms.

Fibroids usually go away once a woman becomes postmenopausal. If a fibroid is found during an exam, most physicians will suggest leaving the fibroid alone, but monitoring it over the course of several months to make sure that it doesn’t grow too large and cause other issues.

This offers the lowest daily dose of estrogen at 10 mcg. Loestrin is great for women with fibroids because it can decrease heavy periods and reduce pain from menstrual cramps, but the low dose of estrogen won’t cause fibroids to grow. Loestrin is the name brand of low-dose estrogen birth control, but many less expensive generic options are available.

This is a progestin-only pill (POP), often referred to as the “mini pill”. Since there is no estrogen in this pill, there is no risk of it causing fibroids to grow. Norethindrone can effectively control side effects of fibroids such as heavy and painful menstrual periods.

Fibroids are one of the most frequently seen tumors of the female reproductive system, although, in 99% of cases, these tumors are non-cancerous. A fibroid is a small tumor that is made out of smooth muscle cells and fibrous connective tissues in the uterus.

Fibroids can range in size from something as small as a dime to a softball or grapefruit-sized benign growth. They can grow inside the uterus, on the outer surface of it, within the muscle walls of the uterus, or attached to the uterus via a stem-like structure. Uterine fibroids can form in clusters, where a woman will have more than one fibroid, and they can each form in different parts of the uterus simultaneously. Fibroids can develop and grow slowly for many years, or they can form and remain small before suddenly increasing in size.

When are fibroids considered a problem?

More often than not, fibroids don’t cause any complications. They will often shrink or go away completely after a woman goes through menopause. However, you should seek medical treatment if you are experiencing symptoms that disrupt your daily life.

Some symptoms caused by fibroids can significantly impact a woman’s life and health. Experiencing consistently heavy, prolonged periods can increase your risk of developing iron deficiency anemia. Also, large fibroids can lead to disruptive pain in your pelvis or back and may cause UTIs. If any of these symptoms are making it difficult to function in your daily activities, it’s time to get professional help.

Fibroids may also cause problems when a woman is attempting to get pregnant. Large fibroids can sometimes block the fallopian tubes, thus causing infertility. Pregnant women with fibroids are also at a higher risk of experiencing abdominal pain and going into labor prematurely. If a fibroid is blocking the vagina, a C-section may be required to deliver the baby.

It is believed that uterine fibroids form when aberrantly structured cells in the uterine wall begin to grow because of the influence of the hormone estrogen. Perimenopausal women are most at-risk of developing fibroids because estrogen levels increase in the run-up to menopause. Women who are obese, and African American women, are also at higher risk of having a fibroid form.

There are several known protective factors against uterine fibroids as well. Women who have given birth to two or more children decrease their risk of developing fibroids by as much as half. However, this could be because pregnancy and childbirth protect women from getting fibroids, or it’s possible that fibroid formation is a factor in infertility. Research in this area is still inconclusive.

Fibroids usually don’t cause any pain or discomfort. But every woman is different. Fibroid symptoms can also mimic other gynecologic conditions. If a woman begins to experience any of these symptoms, she should speak to her doctor to rule out more serious issues. A large or otherwise bothersome fibroid can cause the following symptoms:

Depending on your typical cycle, this could mean menstrual bleeding that lasts more than 7 days, needing to change your tampon/pad after less than 2 hours, or passing blood clots larger than the size of a quarter.

“Spotting” refers to light vaginal bleeding that occurs when you aren’t on your period. If you see small amounts of blood or brown discharge in your underwear between periods, that’s likely spotting.

Pelvic pain from a fibroid pressing on other organs.

This may feel like period cramps but can occur when you aren’t menstruating. Women typically describe this as a feeling of heaviness or pressure rather than a sharp pain. However, if the fibroid is going through “degeneration” you may experience severe localized pain.

Having to urinate more frequently.

If a fibroid is pressing against your bladder, it can cause more frequent urination. Often this means awakening several times throughout the night to use the bathroom. On the flip side, fibroids can cause an inability to urinate or difficulty completely emptying your bladder.

Sometimes fibroids can press against the nerves on your lower back and thus cause pain. Large fibroids located outside of the uterine wall are more likely to cause back pain than small internal fibroids.

Depending on the size and location of the fibroid, some sexual positions may cause pain. It is also possible to experience pain during intercourse only during certain times in your menstrual cycle.

Feeling a large, hardened mass near the middle of the pelvis.

Because fibroids can enlarge your uterus, they may cause you to feel bloated or feel a sense of heaviness in your uterus. You may also feel a hard mass on your pelvis as the fibroid grows and pushes other organs aside.

In more severe cases, a fibroid can cause iron deficiency anemia from heavy, prolonged menstrual bleeding.

Other treatment for uterine fibroids

Besides hormonal birth control, there are several other treatment options for uterine fibroids . Treatment will depend on the severity of the fibroid, the patient’s medical history, and her personal preferences for treatment. For severe fibroid issues, a hysterectomy may be warranted. In the U.S., troublesome uterine fibroids are the number one reason that doctors perform hysterectomies. This may be an option for older women who are done having children, or women suffering from other gynecologic issues that a hysterectomy would remedy.

There are also less invasive surgical options that target the fibroid while leaving the uterus intact. Myomectomy is the most popular procedure. Doctors can also use hormone agonists that shrink the fibroid, making a myomectomy easier to perform. Certain drugs can also be given to oppose the hormone estrogen, which is responsible for fibroid growth. Arteries which supply blood flow to the fibroid can also be targeted for embolization that will shrink the fibroids. Embolization is a relatively new procedure, and there aren’t many studies on its long-term effects on fertility or fibroid regrowth.

As always, it’s critical for women to speak to their doctor about their concerns and personal preferences for fibroid treatment. The extent of the fibroid growth and a woman’s desire for future pregnancies will impact her course of treatment. Fortunately, hormonal birth control can alleviate some of the most painful symptoms of uterine fibroids, while preserving a woman’s fertility if she wishes to become pregnant in the future.

Sign up with Pandia Health today to see what birth control methods are right for you and your health needs.

Can birth control cause fibroids?

How to prevent fibroids?

Researchers are continuing to study what causes the fibroid tumors, but there is currently little evidence about prevention according to Mayo Clinic. Only a small percentage of the tumors need treatment. Some science suggests that hormonal contraceptives could help lower risk of fibroid.
Preventing these fibroids may not be a possibility, but healthy lifestyle choices may help decrease risk. Healthy lifestyle choices include exercising and eating fruits and vegetables.

Do fibroids go away?

According to University of California San Francisco (UCSF) Health, the medications available for fibroids can improve symptoms for a short period of time. However, it will not make the fibroids go away. It is worthwhile to try using the available medications before proceeding with surgery if there is heavy bleeding. If there are pressure symptoms from the large fibroids, current medication will not be very helpful.

How to get rid of fibroids?

If fibroids do not cause symptoms and are not involved with infertility, then they usually do not need treatment. According to Harvard health, when symptoms exist, medication or surgery (often minimally invasive) are often the best ways to manage. The first step in examining options is by having a detailed examination with a gynecologist. If a female is relatively young and the symptoms are not as intense, the individual can wait out the fibroids since they typically shrink after menopause and the professional will regularly monitor them.
For slight pain, your healthcare provider may suggest over-the-counter analgesics and nonsteroidal anti-inflammatory drugs. There isn’t a medication that can prevent fibroids or guarantee that it will not come back. However, there are prescription drugs that will reduce the fibroid size and bleeding. Hormonal agents and GnRH agonists are the most vital classes of prescription drugs.
If a female is experiencing more intense symptoms, surgery is an option. There are several surgical treatment options. Getting surgery done relies on whether childbearing is completed and whether the individual is willing to wait for menopause. The two most popular surgeries are myomectomy and hysterectomy. In myomectomy, only the fibroid(s) is/are removed, and the uterus is preserved. Hysterectomy fully removes the uterus and the fibroids and the associated symptoms. Uterine Fibroid Embolization is another procedure in which blood flow to the fibroids is prevented, thus shrinking the size of the fibroids.

How to stop fibroid bleeding?

According to Dr. Nguyen from the FDA’s Center for Drug Evaluation and Research, experiencing heavy menstrual bleeding is one of the most common symptoms from fibroids. Surgical treatments are available (ie. hysterectomy) but the patient may not qualify for it. The U.S. Food and Drug Administration approved Oriahnn capsules to help with the heavy menstrual bleeding that often occurs with fibroids in premenopausal females.
Additionally, according to the USA Fibroid Centers, there are two main types of birth control pills. One is a mix of estrogen and progestin while the other has just progestin. Both of these can reduce menstrual bleeding regardless if an individual has fibroids.