Favorite Feminist Movies While You Self Isolate #FunFromHome 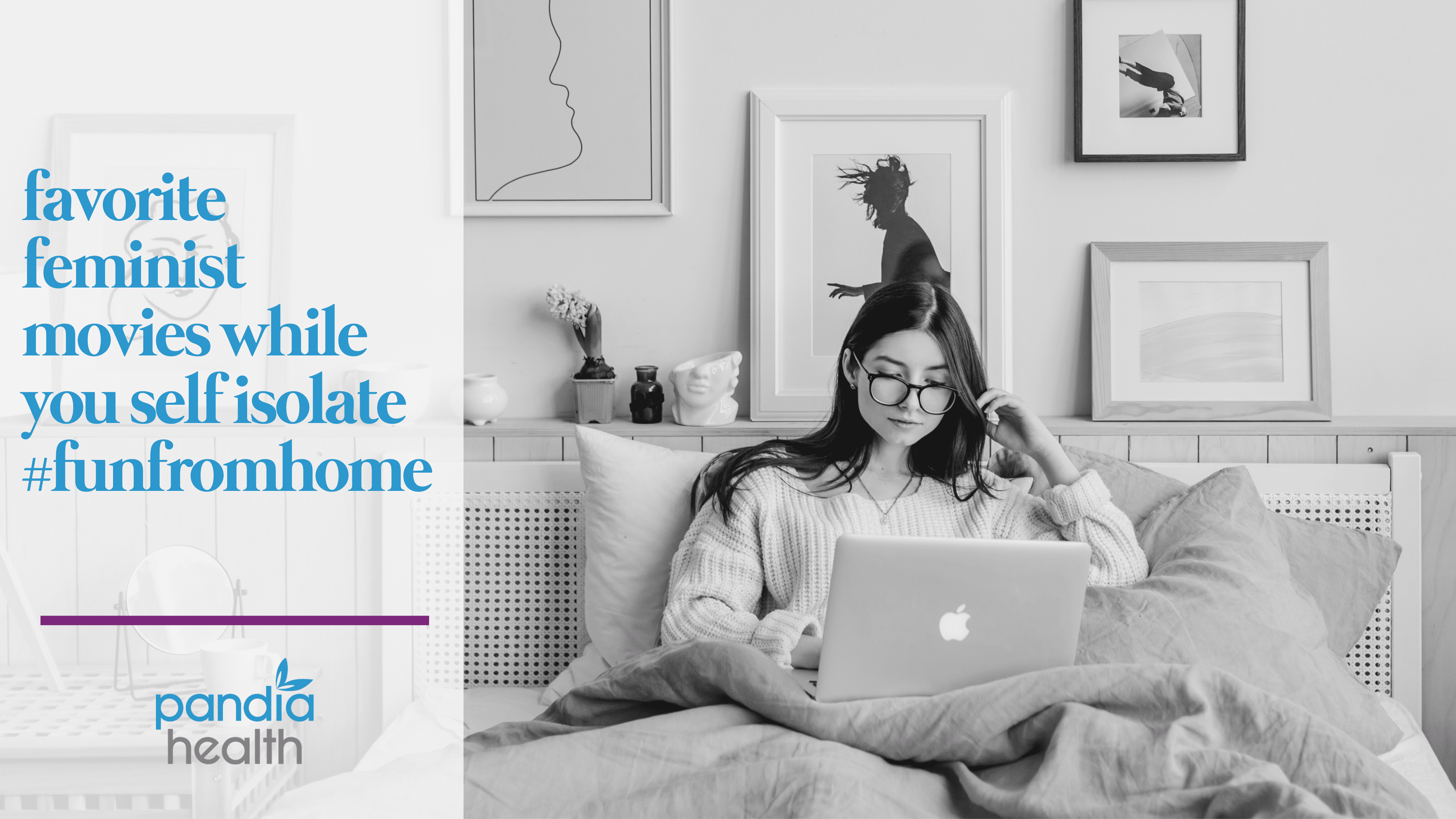 I need a break from the news, we all do

While it is essential to be informed regarding the latest COVID-19 news and social distancing protocols, it can be extremely taxing on your mental state. What better time for a feel-good, inspiring, and women-centric themed movie night, right? Whether you are self-isolating alone, with family, with friends, or with your partner, setting aside time to re-ground yourself is important – it’s definitely possible to have #FunFromHome!

In light of COVID-19, people’s lives have been flipped upside down, but it is still crucial that women have access to reproductive health services, like Pandia Health. As a women-founded and women-led company, we believe that everyone must stand together, by providing resources and supporting one another as we ride out this pandemic. Now more than ever, it is vital to pay attention to campaigns like #FFFL which encourages people to choose female-founded and female-led companies.

I always find motivation and optimism through watching badass women rule the screen as the ultimate motivator — especially when you need a “feel-good” cry sesh.

Booksmart features actresses Kaitlyn Dever and Beanie Feldstein who play Amy and Molly – the inseparable lifelong best friends who have dedicated their lives to studying for AP exams and running extracurricular clubs. As graduation nears, the duo realizes everyone in their class got accepted into top universities despite them partying every weekend and having a “whatever bro” attitude.While somewhat exaggerated, director Olivia Wilde created a highly relatable film as these two embark on a bucket-list adventure to live it up before saying goodbye to high school. One character I love is Amy because as her character develops throughout the movie, her queer identity is portrayed as “matter-of-fact” and realistic and doesn’t play into discriminatory stereotypes. On top of that, Booksmart touches on female masturbation (in a positive way), which does not get enough attention in the media. Booksmart will leave you wanting to FaceTime your bestie, and, if you are like me, crying from plenty bittersweet moments.

Adapted from Cheryl Strayed’s memoir, Wild is centered around a woman hiking the Pacific Crest Trail to rediscover who she is after falling victim to heroin addiction, following her mother’s death and failed marriage. Between walking the entire Pacific Crest Trail alone and attempting to regain respect for herself, Cheryl Strayed, played by Reese Witherspoon, evoked a profound sense of inspiration for me. The fact that the film is based on a true story makes every triumph that much more impactful. If Strayed can go through an unfortunate series of life events, walk the entire Pacific Crest Trail alone (with a gruesomely heavy backpack to boot), and come out on the other side a better person, we can all get through anything. During these hard times, Pandia Health has your back – we are all in this together. We want to help you continue to be the bad-ass you are without the added stress of going to the pharmacy to pick up your birth control because you have #betterthingstodo.

Famously known for her leading role in Juno, Ellen Page stars in the film Whip It, where she plays Bliss, a teen who dares to be different and discovers roller derby to escape from her mother’s dream of her participating in pageants. Bliss is inspired by her roller derby teammates to unapologetically be her authentic self and refuses to conform to societal standards regarding beauty by marching, or rather skating, to the beat of her own drum. It is refreshing to see a heroine-centric sports movie where the women are not competing against men and the idea of sisterhood is especially dominant. Whip It is also Drew Barrymore’s directorial debut, and Barrymore plays roller derby athlete “Smashley Simpson” in the film, so if anything, watch it for her because who doesn’t like Drew Barrymore?

Hidden Figures is based on the true story of three African-American women at NASA who calculated some of the most crucial and historical space achievements. Stars Taraji P. Henson, Octavia Spencer, and Janelle Monae amazed the audience with their impressive performances, and this inspirational film was nominated for three Oscars including Best Adapted Screenplay, Best Picture, and Best Supporting Actress (Octavia Spencer). Hidden Figures stands out to me in the way it addresses intersectional feminism especially in terms of sexism and racism. One of the many memorable scenes in Hidden Figures is when Taraji P. Henson’s character continually rushes from one end of the building to the other to use the restroom meant for women of color. If you have a child at home, this is a great film to watch with them to celebrate amazing female accomplishments and educate them on fantastic female role models.

Do yourself a favor and watch at least one of these movies. I guarantee you will feel less stuck in the news-driven world we currently live in and have #FunFromHome. While you are at it, check out #FFFL to learn more about the campaign and what you can do to support female-founded and female-led companies.

Pandia Health continues to stand with women and provide women with affordable access to birth control. #FunFromHome includes using contraception. With many cities shut down, not having to worry about picking up your birth control at the pharmacy is a huge help. Birth control can be delivered straight to your door through Pandia Health, and it is an easy, straightforward process to get started.

« May is Menstruation Month!
Back to Blog
Scrolling through Pandia Health’s Google Reviews »